Coronavirus goes out of control as Lagos daily infection reaches 713

VIO to enforce of use of facemask next week in Lagos

China’s first homemade aircraft carrier could be experiencing teething problems, as the ship prepares for yet another round of sea trials. The carrier, known variously at Type 001A or Type 002, is the country’s second and the largest warship ever built in China.

According to the South China Morning Post, the still-unnamed aircraft carrier is scheduled for another round of sea trials. Those are short voyages undertaken by brand new ships—or ships that have had extensive upgrades—to test the ship’s readiness for active duty. Sea trials are designed to stress test every new part of the ship, from propulsion to sensors and weapons, and all the little things in between.

China’s new carrier has undergone several rounds of sea trials, with this latest scheduled four days after a previous set of trials. This suggests the People’s Liberation Army Navy is aggressively trying to stamp out emerging problems, and that some of these issues have had quick fixes. As the new carrier is the largest ever built by China, the so-called “first in class” problems are not unexpected.

The carrier is very similar to Liaoning, China’s first carrier, an ex-Soviet Navy carrier that was purchased from Ukraine incomplete and completed at Dalian over a period of 10 years. Both ships are of similar dimensions and use a ski ramp to launch jet aircraft into the air. 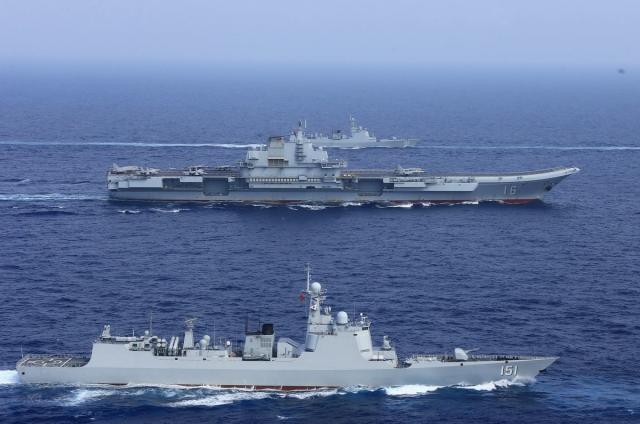 Liaoning can carry up to 26 J-15 fighter jets and roughly the same number of helicopters, or just over half the amount carried by a U.S. Navy nuclear-powered aircraft carrier. The new carrier is estimated to be able to carry slightly more aircraft.

Aircraft carriers are important to China, which wants the naval muscle to become a credible rival to the U.S. Navy in the western Pacific. A third carrier of yet another design, Type 003, is currently under construction. Analysts believe China will ultimately build between four and six carriers to ensure that one or two could be available at all times.